Suits is the name of an American TV show created by Aaron Korsh. It premiered on the 23rd June 2011 and is broadcast on the USA cable channel. The show has currently aired for 7 seasons and has also been renewed for an 8th season.

The TV show Suits is a legal drama set in New York City that follows Mike Ross, played by Patrick J. Adams, who is a college dropout on the run from a bad drug deal. When Mike hides out by securing a job interview with top lawyer Harvey Specter, played by Gabriel Macht, he is hired after Harvey notices his raw talent and photographic memory even though he never actually attended law school and doesn’t have a license to practice law. Mike and Harvey work to close cases while hiding Mike’s secret. The show also stars Gina Torres, Megan Markle and Rick Hoffman.

In 2018 it was revealed that main cast member Patrick J. Adams will not return for the 8th season, which will change the focus of the show as his character Mike Ross has been one of the focal characters since the show began.

Suits has also gained extra attention recently because of cast member Megan Markle, who is set to marry Prince Harry of British royalty. Since her engagement was announced Markle has now quit Suits and will not return for the upcoming 8th season, with her last episode being the season final of season 7. Katherine Heigl has now joined the main cast for Season 8.

Each of the shows current 7 seasons can be bought as DVD or Blu-ray boxsets. 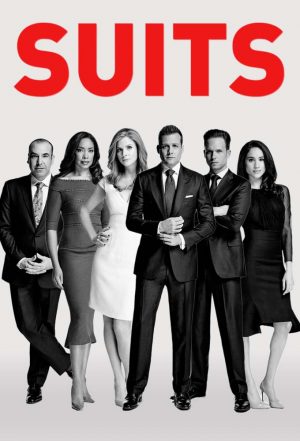 The complete Season 1 of Suits is available to buy on DVD and Blu-ray. The season features 12 episodes and aired from June 23 2011 to September 8 2011.

The complete Season 4 box set of Suits can be bought on both Blu-ray and DVD. This season aired originally from June 11 2014 to march 4 2015.

Currently you can also buy Suits Season 1-7 as a complete DVD boxed set. 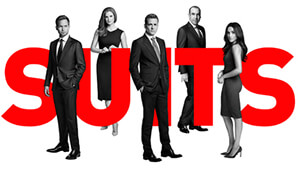 NB: Although Suits.com.au is not affiliated to or associated with ‘Suits’ the American produced TV series, it does however provide online access to the purchase of the ‘Suits’ dvd and blu-ray collector series.